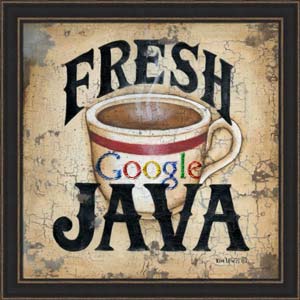 Looks like Google search results are starting to change as a result from Google’s revised indexing process called Caffeine which was put to work in June 2010 and a new freshness ranking algorithm – so is this Panda Update 2.6 November 2011?.

The idea behind the Caffeine indexing change was to make the Google search index more dynamic and produce newer and up to date results based on search criteria  – basically that you don’t get the same historic page that has not been changed since Adam was a boy. Indexing is faster and updated pages are displayed quicker in the SERPs

Couple with this is also a special Google ranking freshness algorithm which one would think compare the indexed pages on a before and after state and give preference to pages that are updated.

This freshness algorithm is going to be given particular emphasis on topical and current  issues such as news items and sport but also things like reviews, recipes and tutorials.

The algorithm will affect at least 1 search result per page.

This is encouraging sites to produce up to date quality content – I can’t also help but notice pagerank has also been adjusted quite noticeably and redistributed to other pages of sites – not to sure yet if this is also another mini panda update in November or is the new algorithm part of Panda.

One thing is for sure is that it shakes things up again.

Coupled with the freshness algorithm are some new improvements for ranking algorithms in Google search: