Genesis comes with 2 menus ready to go, the Primary and Secondary menus, by default these sit on top of one another in the framework and sample theme: 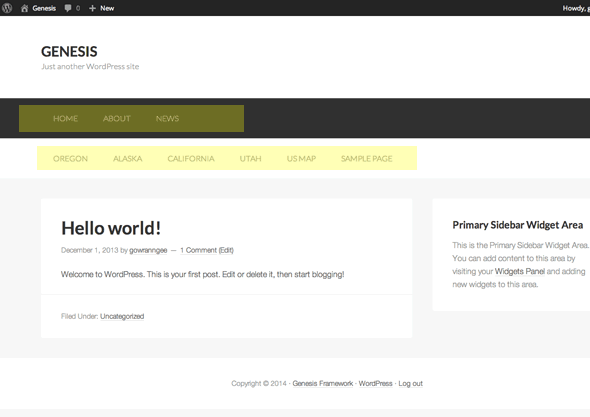 This tutorial takes you through how to make a third menu and place it in the footer;  The Footer Menu.

First thing to do is to have your genesis child theme already created and get ready to add some code into your functions.php file in your theme directory.

First up is to create a new function, name it something unique, and prefix the function with your theme name – in this example the function is named genesischild_footer_menu.

What is added in the function is the HTML markup which includes a parent containing div to control fullwidth with a CSS class of .themeprefix-menu-container.

Then in the array are values of accepted arguments for the menu, this includes:

If for some reason you wanted the footer menu to display dropdowns you would change the depth value from 1 to 0.

Further arguments and values can be added to the array.

Adding the Menus  into the Backend

Next up is to add this new function into the backend – which is done via a hook, so still in the functions.php file this needs to be added:

This essentially adds in 3 menus including the new Footer Menu, now if you look in WordPress dashboard in Menus in locations you will see all three locations.

So here you can already assign a created menu.

Or just create a new menu 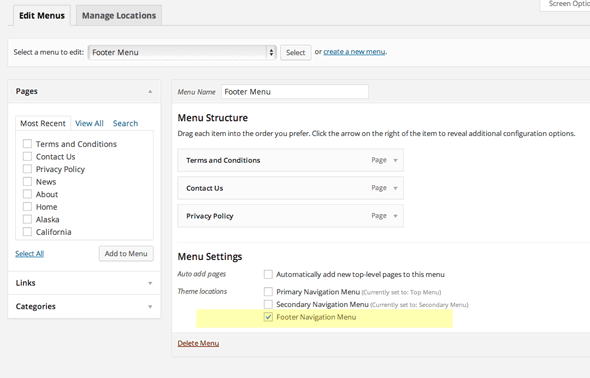 When created, assign the pages and set the Theme Location, here the new menu is assigned to the footer menu.

Positioning The Menu in the Front End  via a Hook

One last thing to do is to position the new menu which Genesis provides a number of options. Add in this code also to the functions.php file:

The first part of the code is the Genesis location hook, followed by the function that we created earlier. 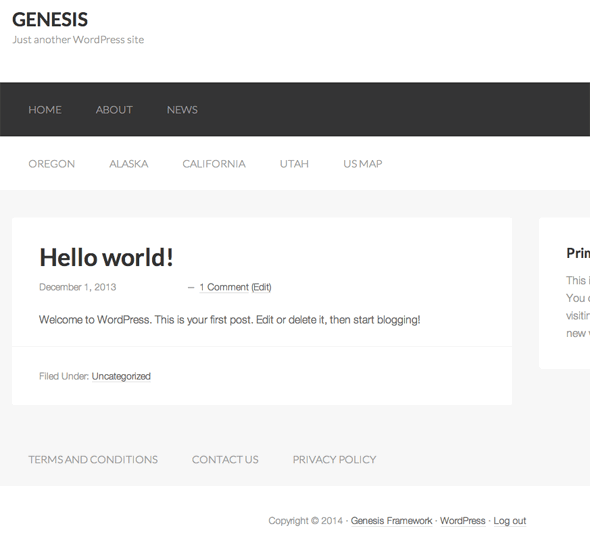 You can position the menu elsewhere by changing the hook location – a very handy visual guide plugin of hook locations is here.

So the final  code needed in the functions.php file to create and position this menu is:

To uniquely style the new menu, just use the .menu-tertiary class and make some CSS changes in the style.css file.