There I was stringing wireless access points together at my place trying to rig up a network without cabling the place – not a lot of fun. Then I heard of EOP, ethernet over powerline which sounds like the coolest network solution on the planet!,  running on both 110 and 240 voltage. 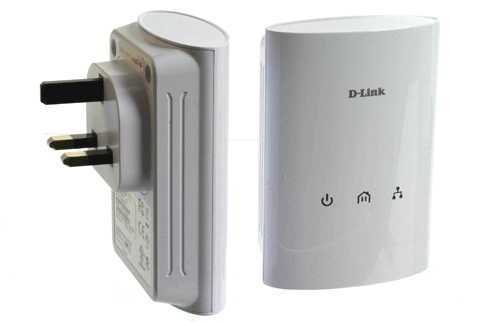 The concept basically is to turn your electrical circuits in your home into a fully fledged ethernet network without ethernet cables but to have the packets of data transmitted over the powerline itself, all you need to get those packets into your computer/router/switch/media hub is a minimum of 2 EOP plugs which plug directly in your power sockets in the wall and from those EOP plugs a ethernet cable plugs into your devices. – No ethernet cables going from room to room!

You can use an EOP plug in any room and from that plug the ethernet cable directly into a device or a switch to further extend the network and all devices communicate as if on a wired network. Typically you will need one plug that goes into a router – in my case I have a wireless/modem/router all in one, the ethernet cable from the EOP plug goes into one of the switched ports on the router to bring the router onto the network and in another room an ethernet cable from a 2nd EOP plug goes into a switch which has other devices connected to it – now all devices can connect wirelessly!

You can mix and match as many EOP plugs in any rooms. I put one of these plugs in a regular powerboard in the kids room to get the xbox 360 online and it works seemlessly.

There are some caveats, speed, powerpoint wall outlets and encryption.

Speed
I have found the speeds to be perfectly acceptable for home standards, I have 2 EOPs with one running at 200Mbps and the other at varying rates between 160-180Mbps (on a different circuit) , some products give diagnostic tools to measure your transfer rate – its way faster than wireless so no issues there.

Powerpoint Performance
If speed is low then the issue may be how the EOP device is plugged in. The best performance is when EOP is plugged directly into a power outlet in the wall. But as we know wall outlets are not exactly in abundance and most of us plug in a powerboard with a million extensions and the piggyback that onto another one, etc. I’ve heard various reports on how much this degrades speed and performance of the EOP also when the board has surge protection can also interfere with performance. What I have done is plug the EOP into a double adapter and plugged my powerboards into the second interface this seems to satisfy all the power devices needs. 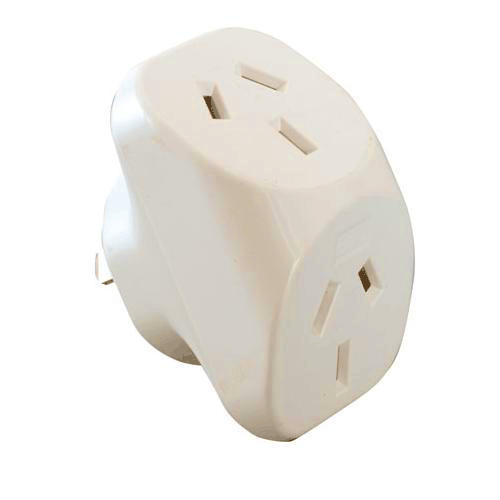 Also think about the size of the EOP plug and how the ethernet cable comes out of it this could restrict some double adapter or powerboard physical connections.

Encryption
The data transferred is automatically encrypted so anyone sniffing will be disappointed, however since the data can’t transfer from your circuits to another I don’t see it as much of an issue, you can chnage the default password on the EOP plugs if you get paranoid. All EOP plugs on the network must have the same encryption password.

I have tested and confirmed that the EOP network will cross over into multiple circuits in your house/apartment as they will be on the same phase and will stay with the confines of your circuits only, however there will be a degradation in speed between 2 or more circuits but not one to worry about too much.

I have the D-Link Powerline AV Network Starter Kit DHP-307AV and have based the above findings on it, its a very cool device with diagnostics built into the LEDs on the plugs that report on transfer speed, network connection and power, these LEDs change colour when there is a problem.

There is also a software diagnostic tool provided that runs on Windows but not Mac OS X (Macs on the network run perfectly well), it does the same thing, reports on the 3 issues, power, speed and network and you can also change the encryption password – but you still don’t need this as there is a button on the EOP plug that can reset the password and put in a random one and as long as the other EOPs on the network are reset within a certain timeframe the password is synchronized.

But be warned! sometimes though the whole network can drop out! – A surge, a tripped circuit or a dodgy hairdryer – just plug the EOPs back in and out and all should be good again.