Up and running with installing Less for CSS on OSX

Less is a CSS pre-processor tool in which you initially write your CSS code using variables, selector inheritance, mixins, and nestings and  and then compile that code to spit out regular CSS. The benefits of using CSS pre-processor tools like Less or Sass are more advantageous on larger web projects with big CSS code bases – these benefits include quicker code updates across the codebase using variables.

Less is a javascript framework which can run on any operating system but does require a compiler to convert the Less CSS code (.less) to regular CSS  (.css)- one such free compiler is Simpless .

You can actually not compile it and just run the javascript after declaring the .less file in the head of a web document – but this is not recommended.

Less will just be a javascript file. 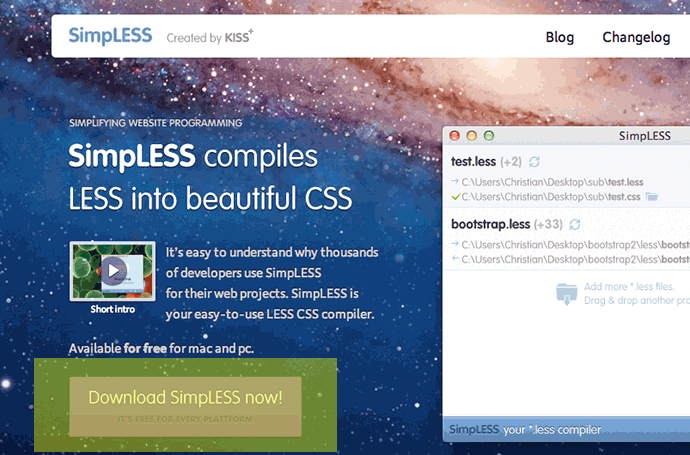 The compiler also has the less javascript framework bundled and auto updates it when it is upgraded – so this is the better way to work.

Grab the downloaded SimpLESS.1.4.mac.zip, unzip and move the SimpLESS.app into your Applications folder, to open the App on OSX Mountain Lion, control-click open it to get around the gatekeeper. 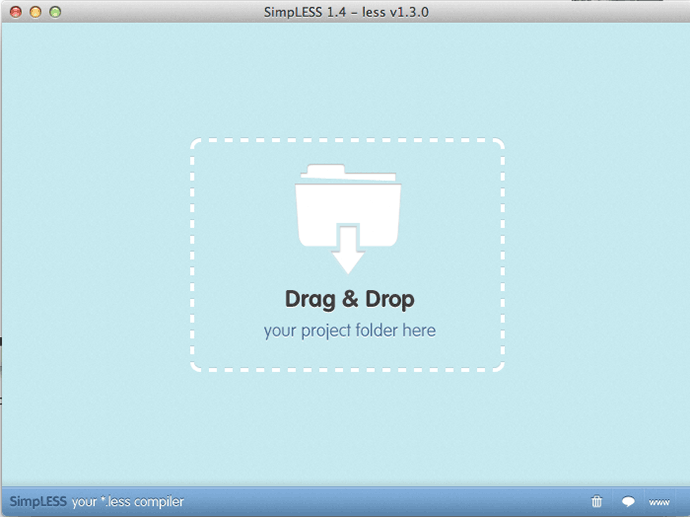 Now the compiler is ready to convert your Less CSS .less to regular CSS .css